Sydneysiders descended on bars and restaurants to enjoy their the final hours of freedom before the city’s seven-day lockdown.

Pubs and restaurants throughout Bondi, Coogee, Surry Hills and the CBD were packed with residents from the eastern suburbs who appeared largely unconcerned about the highly-infectious Delta variant outbreak.

Meanwhile NSW Health has turned its attention to one of the city’s tallest apartment buildings, the 40-storey Elan complex in the heart of Kings Cross, with all 500 residents being tested and forced to isolate after a confirmed case.

A wedding at Doltone House in Sylvania Waters has also been pinpointed as another potential super-spreader event with many of the 200 guests present at the celebration in southern Sydney receiving texts from the government about contact with a positive case.

The last-ditch celebrations came as NSW Premier Gladys Berejiklian imposed the stay-at-home orders on Friday morning after the state recorded 11 new local Covid-19 cases with a further 17 to be included in today’s numbers.

A further 15 exposure sites were added overnight to add to the 22 confirmed on Friday afternoon – including two bars in Manly, a chemist in Maroubra and a restaurant in Bankstown. 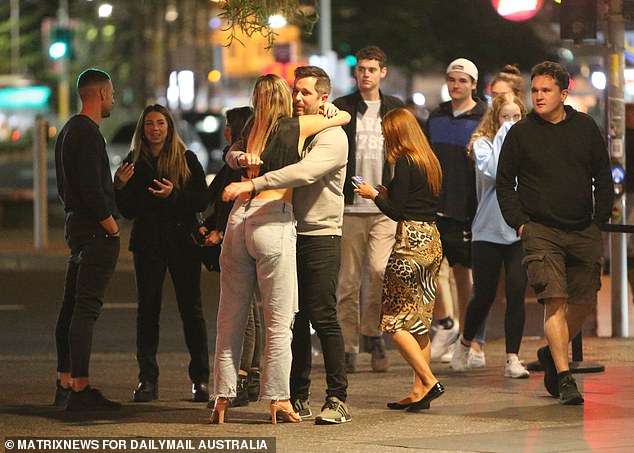 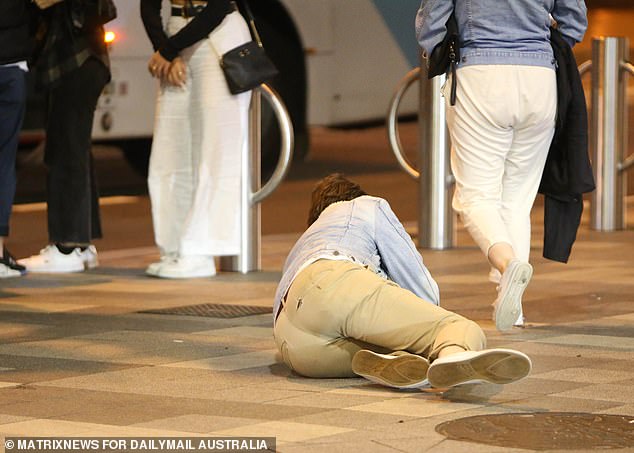 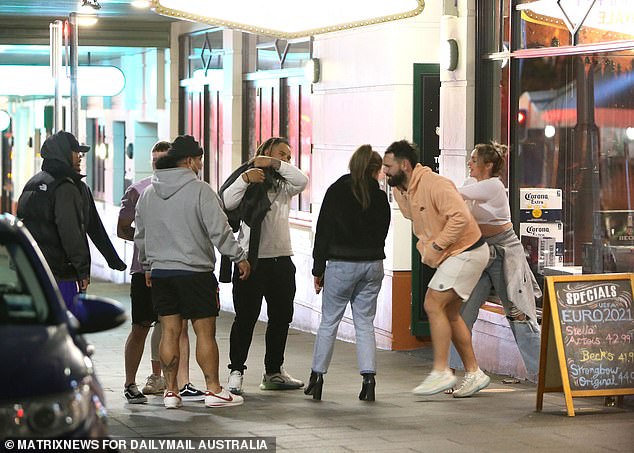 Establishments throughout Bondi, Coogee, Surry Hills and the CBD were packed with residents from the eastern suburbs ahead of the 11:59pm final call 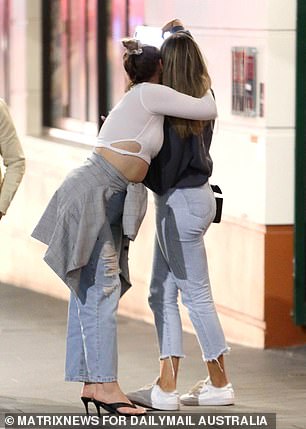 From 11.59pm Friday, about 1 million people in the Woollahra, Randwick, Waverley and City of Sydney local government areas are only allowed to leave home for work, education, essential shopping, care-giving and exercise outside in groups of 10 or less.

As a result, thousands chose to celebrate their last hours of freedom in style with a night on the town.

People headed to their favourite haunts – including the Kings Cross Hotel and Coogee Bay Hotel.

Revellers in Bondi partied at venues along Campbell Parade and Beach Road, including Public Bar and Ravesis.

Crown and Oxford streets in Surry Hills were also packed with people enjoying a final drink before the impending restrictions. 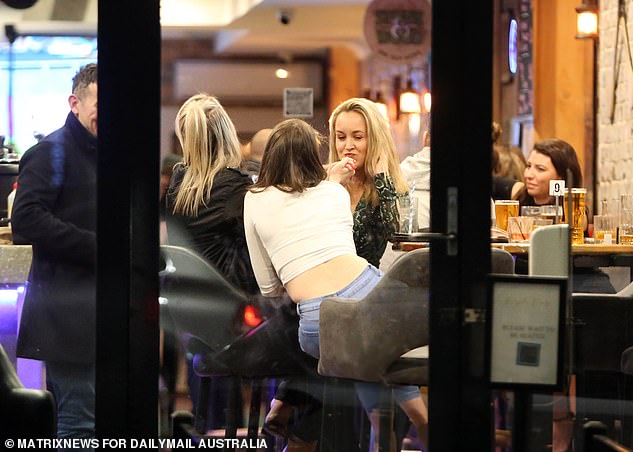 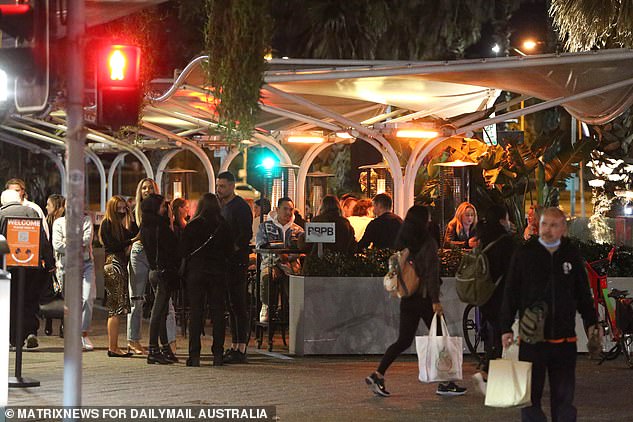 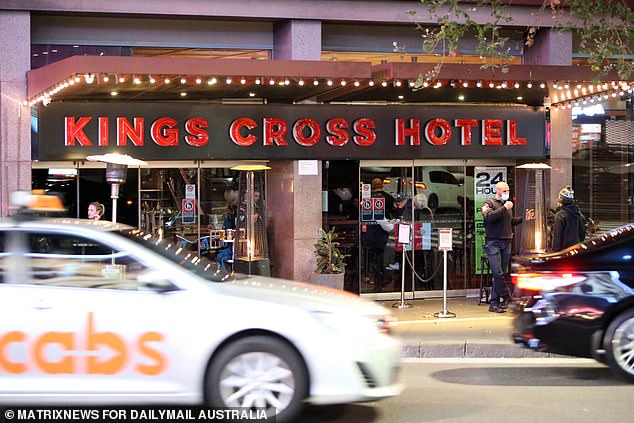 Kings Cross, once the centre of Sydney’s nightlife before lockout laws saw its clubs die out, remained quiet with a few locals enjoying themselves at the popular Kings Cross Hotel 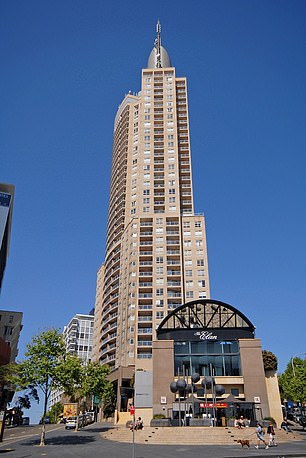 The Elan building in King’s Cross is facing a massive quarantine order after a confirmed case was recorded inside the luxurious 40-storey apartment block.

All 500 residents are now being tested and will be forced to isolate until further notice as authorities work to contain a potential spread.

The entrance to the building, which has nearly 300 units, has been blocked with NSW Health locking down the entire area.

On Friday afternoon, urgent alerts were put out for 22 new Covid exposure sites across Sydney including several popular restaurants, shops and cafes before a further 15 were added overnight.

Popular Chinese restaurant Lotus Barangaroo, Woolworths in Randwick and David Jones in Burwood were among the venues added to the list.

Anyone who was at Lotus Barangaroo last Sunday between 12.30pm and 3pm is considered a close contact by NSW Health and must get tested and isolate immediately for 14 days regardless of the result.

The same applies to anyone who visited Lyfe Cafe in Bondi Beach at any point on Friday June 18 or Saturday June 19, as well as a Bondi mum’s fitness class at Lean Bean Fitness on the Friday or Monday June 21.

Other hotspots revealed are considered casual contact sites and anyone affected must get tested and isolate until they get a negative result. 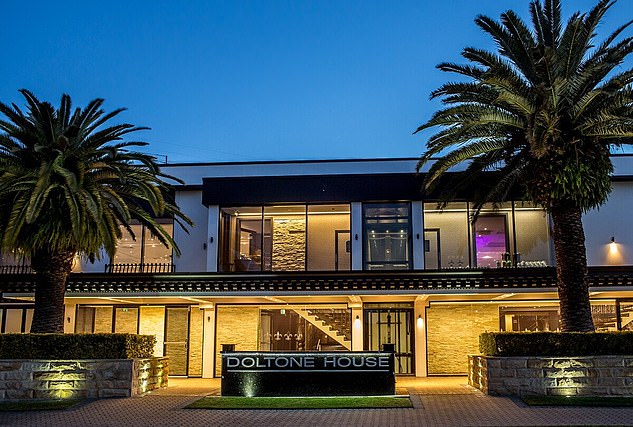 Among the latest drop of exposure sites were 11 busy trains in and around Sydney’s CBD, with some travelling from Parramatta.

The infected trains run from Monday June 21 up until Wednesday June 23, with many trips on the T4 Eastern Suburbs and Illawarra Line as well as the T2 Inner West and Leppington Line.

The series of train trips around the eastern suburbs and the city centre are also a cause for concern for NSW Health, with passengers on key journeys considered casual contacts, needing to be tested and isolate until they get a negative result.

Sewage alerts were also put out for catchment areas serving 375,000 Australians, from Auburn to Maroubra, St Marys and Lough Park, after virus fragments were detected in wastewater. 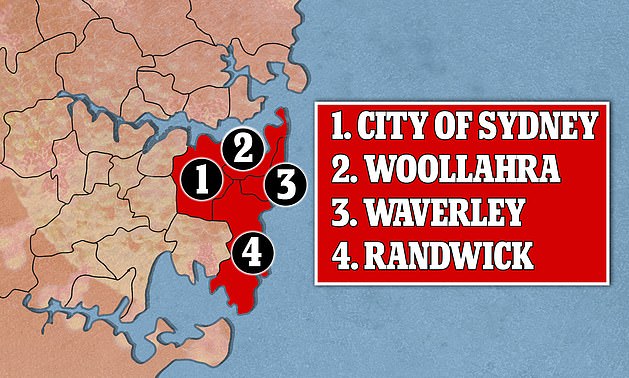 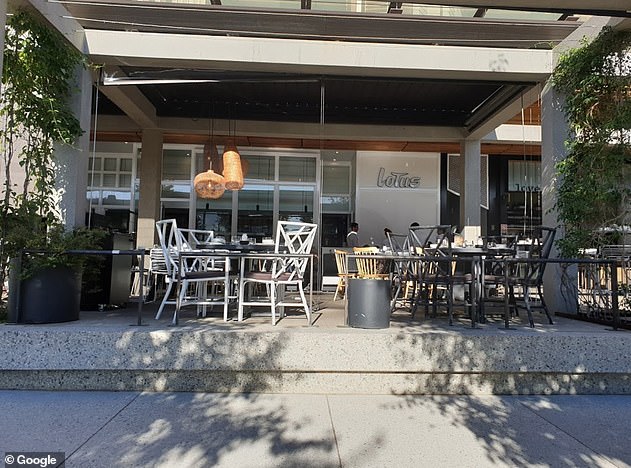 Urgent alerts have been put out for new Covid exposure sites across Sydney including several popular restaurants such as Lotus Bangaroo (pictured), shops and cafes, as the city prepares to enter its second lockdown 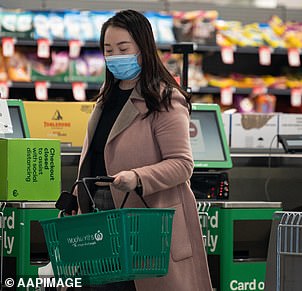 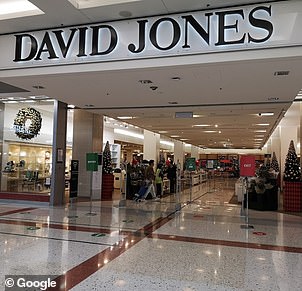 Woolworths in Randwick (left) and David Jones in Burwood (right) are among venues added to the list. Anyone here at the times stated is a casual contact and must get tested and isolate until they get a negative result

Meanwhile, students and staff at South Coogee  Public School were plunged into isolation after two pupils tested positive to coronavirus.

The school sent a letter to parents on Friday to tell them that all staff and pupils needed to self-isolate under further notice.

The school will be closed from Saturday to undergo deep cleaning, with contact tracers interviewing those who have been affected.

The school said it would work closely with NSW Health to ensure safety precautions are swiftly implemented.

Anyone who attended the following venue at the time listed is a close contact and must get tested and isolate for 14 days, regardless of the result

Anyone who has been in the following venues at the times listed must monitor for symptoms and if they develop, seek testing and isolate

Since the latest outbreak gripping the city began last Wednesday, more than 200 exposure sites have been announced as the Bondi cluster swelled to 65.

Chief Health Officer Dr Kerry Chant explained why millions of residents who work in the CBD but do not live in hotspot suburbs have been locked down.

‘The rationale for including the stay-at-home order to follow the workers is because we know that many of the workers do live outside those geographical LGAs.

‘We want them to follow those stay-at-home orders so we don’t establish seeding in Western Sydney and southwestern Sydney,’ she said. 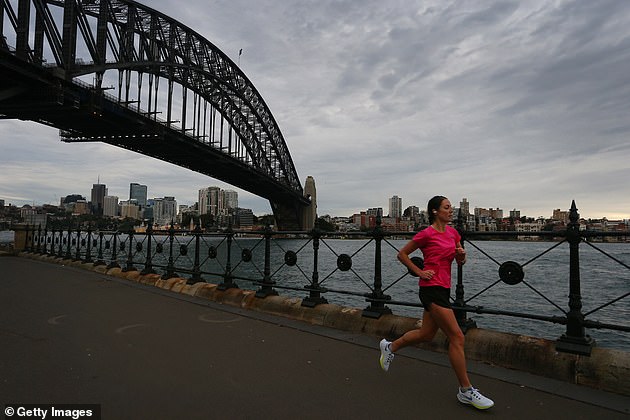 Residents of the four LGAs are still allowed to leave the house for exercise, with groups of no more than ten people (pictured, a woman runs in an eerily quiet Circular Quay)

Dr Chant described the lockdown as a ‘circuit-breaker’.

Ms Berejiklian expects tests of people currently in isolation will return positive results to the virus over the next few days.

‘We expect household contacts to develop the virus,’ Ms Berejiklian said on Friday.

Ms Berejiklian warned against panic buying, saying people are free to leave their homes to go shopping whenever they like.

‘If you live or work in those Local Government Areas you are not to leave your home unless you absolutely have to, we would prefer you work at home or stay at home for education,’ Ms Berejiklian said.

‘I think the approach that she is taking is the right one. There are sensible restrictions that are being put in place and they are affecting people right across Sydney,’ he said on Thursday.

However the premier warned on Friday that further measures may be required while emphasising her reluctance to lock down more suburbs.

‘There will be things that come up in the next little while that none of us had anticipated and we will have to react and respond.