A concerningly long list of new Covid exposure sites has indicated there is no end in sight for New South Wales’ growing virus chaos.

Five McDonald’s, including a busy outlet in Sydney CBD at Wynyard station, were visited by infected customers, as were eight Coles stores and seven Woolworths.

An entire apartment block in western Sydney was also added to the city’s relentlessly growing coronavirus exposure list as well as several venues in Newcastle.

Just as the fresh list of 72 close and casual contact sites were published on Monday night, the NSW Health website briefly crashed leaving residents unable to check if they’d been affected.

The close contact sites were released on social media, including the Astina Apartments in Penrith which were exposed to the virus over three days.

The dozens of new casual sites including pharmacies, grocers and takeaways come as the city recorded 283 new cases of Covid-19 and officials locked down two more regional areas. 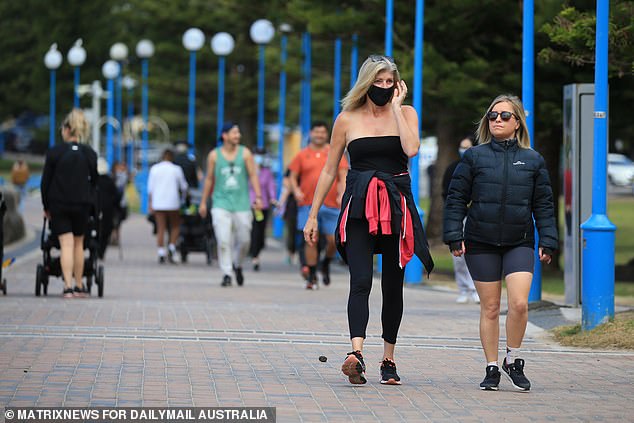 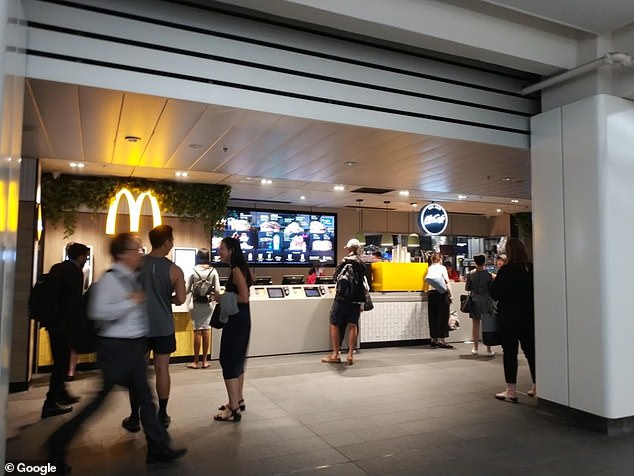 After days of exposure sites mainly being contained to the city’s south-west and western suburbs, the busy McDonald’s in Sydney CBD’s Wynyard Station (pictured) was revealed to be a venue of concern after an infected customer visited briefly on Sunday August 1

Any person who visited the Penrith apartment block at any time on August 3, August 4 or August 5 is urged to get tested and isolate for two weeks.

The McDonald’s at Wynyard Station was exposed on Sunday August 1 between 4.45pm and 4.50pm, with all who visited at that time told to get a test and isolate until they receive a negative result.

The same advice applies to Hungry Jacks on Oxford Street in Darlinghurst in the inner city, which was also exposed on Sunday August 1 between 2.25pm and 2.35pm.

The Air Locker Training gym in Newcastle West is also on alert after an infected person went there for two workouts, as well as a Subway in nearby Warners Bay.

The Wests in New Lambton is also on alert, with the Leagues clubs’ gaming, main bar and smoking area all affected.

Dozens of casual contact sites including a basketball stadium in Broadmeadow and a health clinic in Bondi Junction. 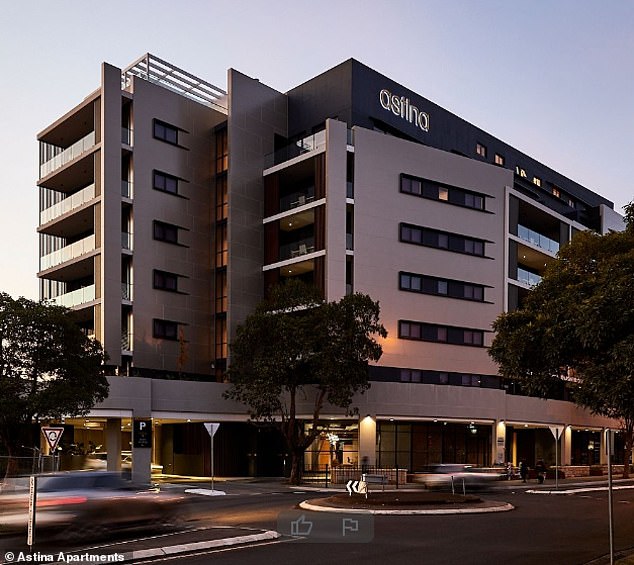 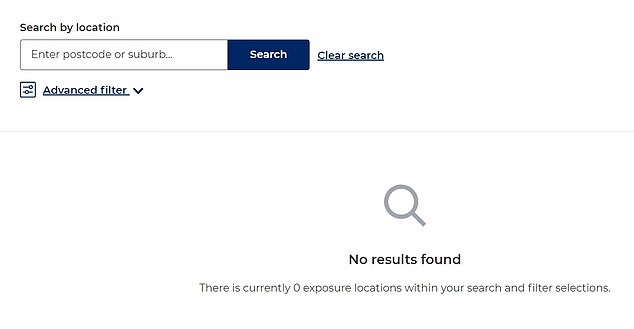 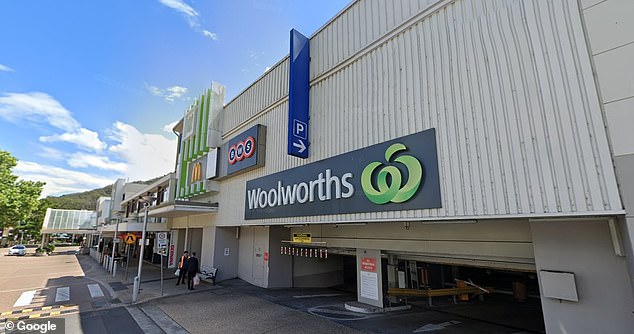 Charlestown in Lake Macquarie was hard-hit by new exposure sites with a Big W, Boost Juice and a McDonalds in the suburb included in the late night drop.

During Monday’s Covid update Premier Gladys Berejiklian announced that Tamworth, in north-east NSW, would be plunged into a week-long lockdown from 5pm on Monday.

It comes after a woman, who was exposed to the virus in Newcastle, visited several venues including a pub, cafe and vape store on August 5.

FIND THE LATEST EXPOSURE SITES NEAR YOU

The Inland Café, Tudor Hotel and Super Vape Store are among the venues that have been flagged as exposure sites. Ms Berejiklian said there had been no incidents of transmission.

It was later announced residents in the Northern Rivers region – including Grafton, Byron Bay and Yamba, will join Tamworth in a seven-day lockdown over fears a Covid-positive 50-year-old Sydney man has spread the virus throughout the area. 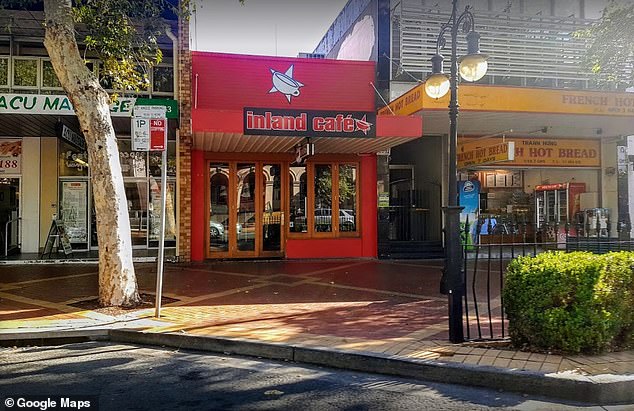 The Inland Café (pictured), Tudor Hotel and Super Vape Store are among the venues that have been flagged as exposure sites in Tamworth visited by a Covid-positive woman

The stay-at-home orders effecting regional town centres like Byron Bay, Ballina, Brunswick Heads, Grafton, Yamba, Casino, Lismore and Murwillumbah, will start from 6pm on Monday and will remain in place for the next seven days.

This will leave the region’s 300,000 residents under the same tough restrictions as Greater Sydney, Hunter Valley, New England and Tamworth.

At NSW’s Covid update on Monday morning, chief health officer Kerry Chant said investigations were ongoing into where the man had been after he travelled from Sydney to Byron Bay in late July. 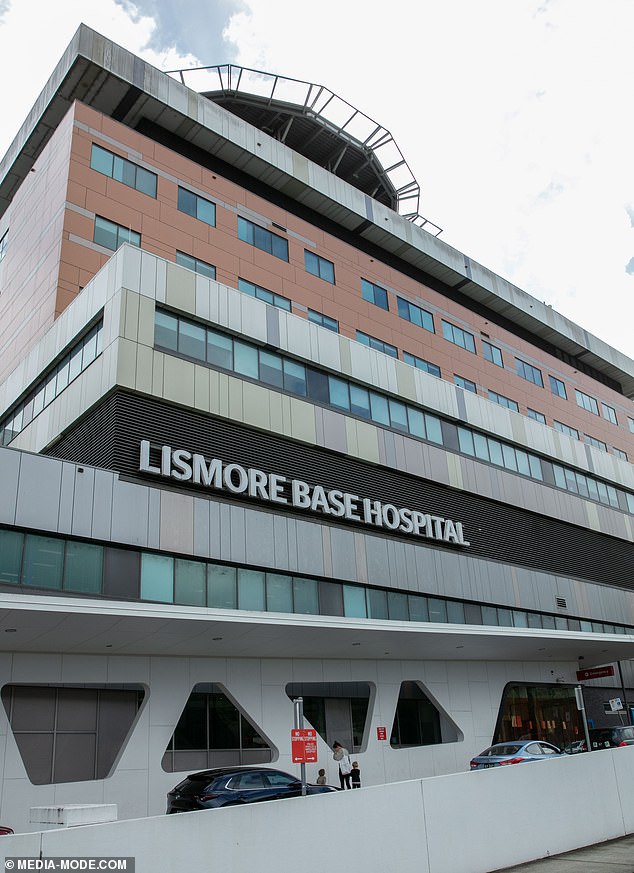 ‘He is currently being re-interviewed and we are also arranging urgent testing of his two household contacts,’ she said.

The man’s movements remain a mystery after it was discovered he was not recorded on any QR code check-ins while he was infectious.

Dr Chant urged residents in the Byron Shire, Richmond Valley, Tweed, Lismore, Kyogle and Ballina LGAs to come forward for testing if they experienced symptoms because the man was symptomatic in the community for a number of days.

The Covid-infected man travelled from Sydney at the end of July and spent five days in the community before being admitted to the Lismore Base Hospital.

In NSW there are currently 349 patients in hospital with 67 being treated in the intensive care unit and 29 on ventilation. None of the patients in ICU are fully vaccinated.

An unvaccinated woman in her 90s also died from the virus at Greenwich Hospital on Sunday.

‘All deaths are horrible during this time and, again, we extend our deepest sympathy to her loved ones at this difficult time,’ the premier said. 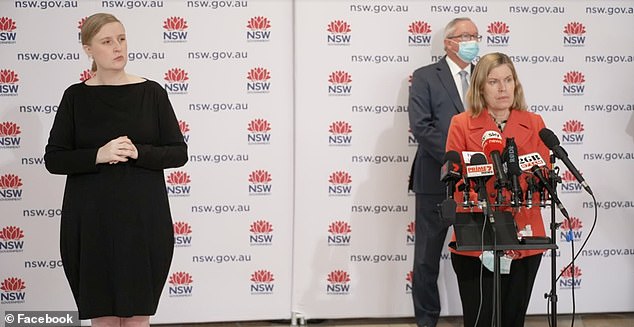 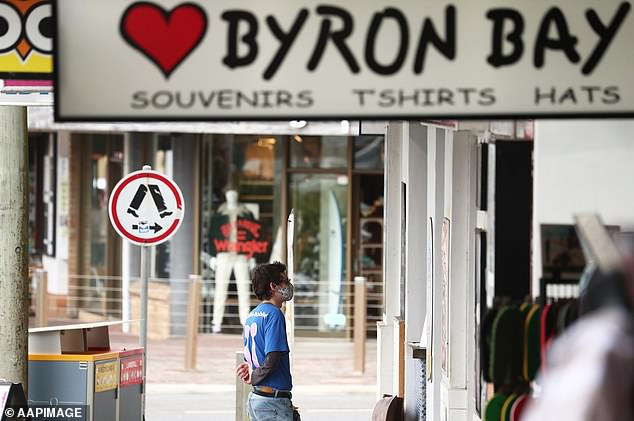 Ms Berejiklian said the figures were a wake-up call to residents to get the jab and avoid becoming seriously ill from the virus. Not a single fully vaccinated resident has ended up in ICU.

Of the new figures announced on Monday, at least 64 were infectious in the community. 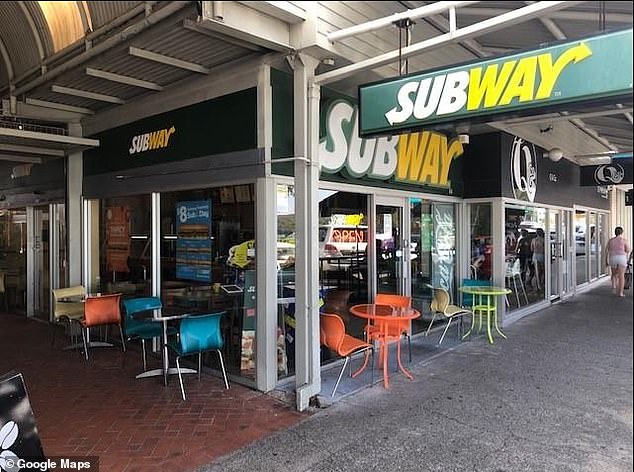 The Air Locker Training gym in Newcastle West is also on alert after an infected person went there for two workouts, as well as a Subway in nearby Warners Bay (pictured)

Ms Berejiklian also clarified details about her plans to have six million vaccines administered to residents by August 28 – one of the key factors to bring Greater Sydney out of lockdown.

She said the target did not mean six million first doses, but six million doses altogether.

‘That could very well be that we have, maybe, 60 per cent of first doses and 40 something per cent of second doses,’ she said.

Anyone who attended the following venues at the times listed is a close contact and must get tested and isolate for 14 days, regardless of the result

Anyone who travelled on the following bus routes at the listed times is a close contact and must get tested and isolate for 14 days, regardless of the result